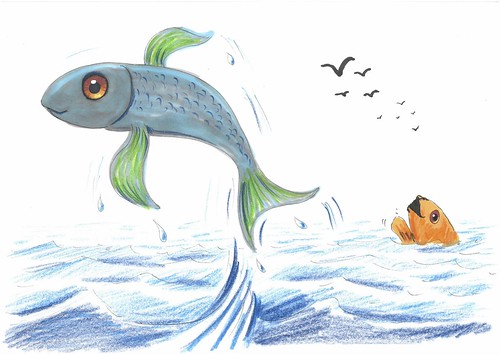 Once upon a time there was a fish called Bobby who lived in the sea.

His biggest dream was to fly.

Bobby tried all day to fly but he couldn’t do it.

He saw a pair of underpants and was frightened so he swam away.

He wasn’t able to fly when he was younger but since he was older, Bobby realised that now he could fly.

He really liked to fly but he was scared in case he fell. 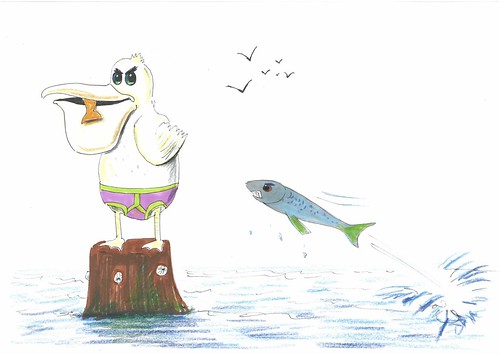 But Jake couldn’t fly and a pelican picked him up.

Bobby decided to save him from the pelican...