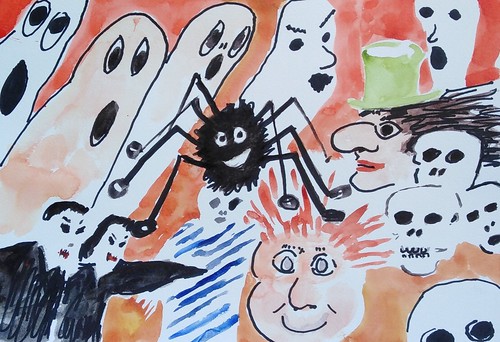 Once upon a time, there was a lizard named Fizzy. Fizzy wanted to become immortal but he hated bananas.

Fizzy wanted to eat bananas but it made him sick.

He met a new best friend after his other friend kicked him out of the house because he got sick all over the house after trying to eat bananas.

Fizzy the Lizard was planning to destroy all of the bananas!

One morning, Fizzy felt something hitting him. 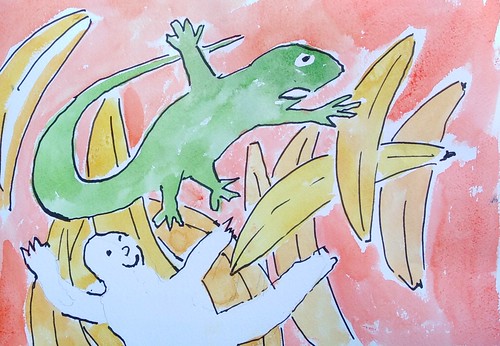 He saw someone throw stuff at him but there was no one there.

He went downstairs to get his breakfast and someone threw milk at him.

He remembered that he fed his friend a banana in his lab but the friend disappeared.

He realised that it could have been his friend throwing stuff at him.

He went to work that morning and made a potion. He drank it and went crazy eating bananas!

He threw bananas at his invisible friend and his friend threw the bananas back at Fizzy.

Suddenly, he found a portal. He went inside and saw a banana floating. 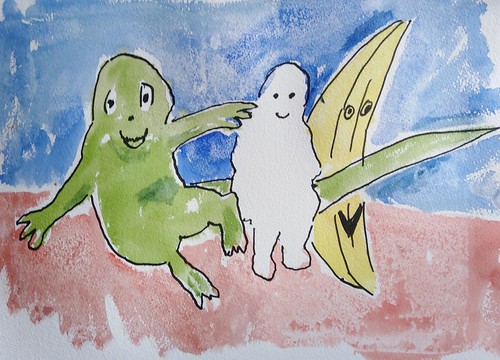 He grabbed his banana friend and ran outside to play when he saw his invisible best friend.

They began to fight.

The invisible friend threw a banana into Fizzy’s mouth and he got sick everywhere!

The invisible friend did not answer and ran away...