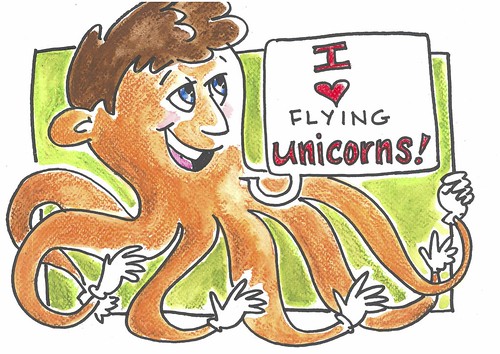 Once upon a time there was a boy called Floppy and he had eight octopus arms.

Floppy the octopus boy was very floppy, big and unlucky.

His mom was a mermaid and that’s where he got the hands on his octopus arms.

His dad was an octopus and that’s where he got his octopus arms.

When he saw a Barbie doll on the street, he ran away to his best friend Larry the chicken.

One night, he had a dream that he wanted a flying unicorn so he could go to a place where he doesn’t stand out.

Floppy wanted to go to a bouncy castle. 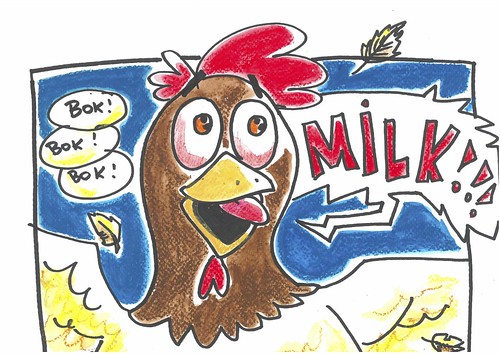 Then it was his birthday and his mom and dad got him a flying unicorn.

One day, Floppy had the dream again while he was walking with his friend Larry.

He fell over a box of milk and Larry the chicken went crazy!

A few days later, he went to America with Larry the Chicken. On the plane, there was a Barbie doll on the seat!

He pressed a button on the Barbie doll and it started singing!

“Lalala get out of my seat!”

Suddenly, the plane started to shake. Everyone was scared that the plane would crash!