Fluffy and Geoff in Space 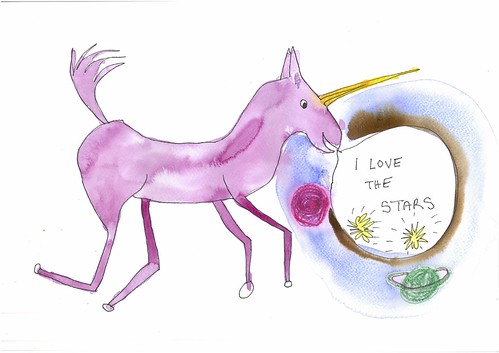 Once upon a time, there was a unicorn named Fluffy. Fluffy wanted to explore the solar system.

But there was one problem - she was afraid of the dark.

Fluffy’s best friend was Geoff the horse. Geoff made a magic portal to go to space.

They got a horse rocket ship and flew to the moon to have a picnic.

On the moon, they met Chris Hadfield the astronaut.

“What are you doing here?” he asked.

“We are having a picnic,” said Geoff. 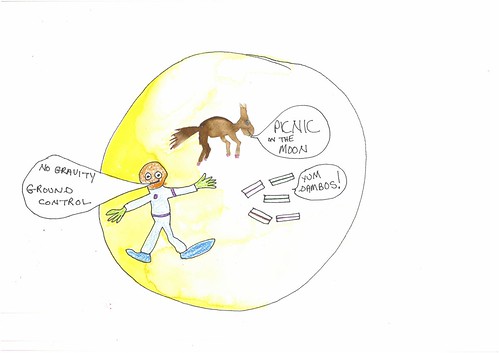 Chris Hadfield said, “There is no gravity here on the moon. Where is your food?”

The food had floated away to the sun and burned up!

Fluffy and Geoff were really hungry.

“There might be living things on Mars,” said Chris. “Why don’t you look for some food there?”

Fluffy was still afraid of the dark in space. She told Geoff. Geoff said, “I have some torches. We can go exploring!”