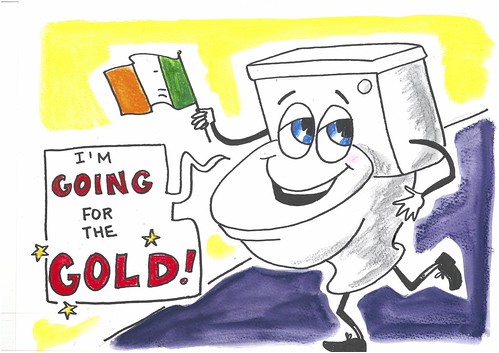 He was lifting his lid back and forth. His best friend, Slippy the Soap, was cleaning him.

“I can’t wait for you to compete,” said Slippy.

“My pipes are getting stronger. I think I’m ready,” said Flushy.

“My soap is getting you really clean too,” said Slippy.

​Sinky the Sink said, “You’ll never win. If Slippy keeps cleaning you, you will be too slippery.” 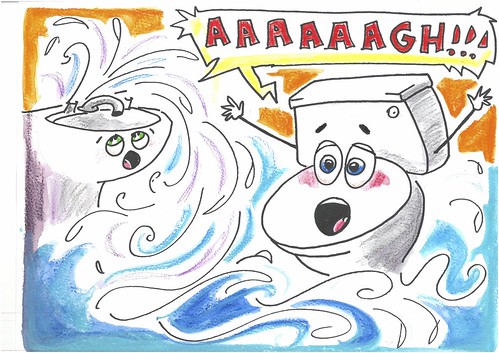 Sinky said, “Yeah, well, the plumber is coming and she’s going to fix me - ha ha!”

Flushy told Sinky, “Ha ha – the Bathroom Olympics are in two days so you ain’t going. You don’t have enough time to train.”

Just then, Jenny the plumber came in. She tried to fix Sinky but Tippy and Tappy, her two taps, snapped off.

Water started gushing and spraying everywhere. There was a flood in the bathroom and Jenny the plumber slipped and fell...