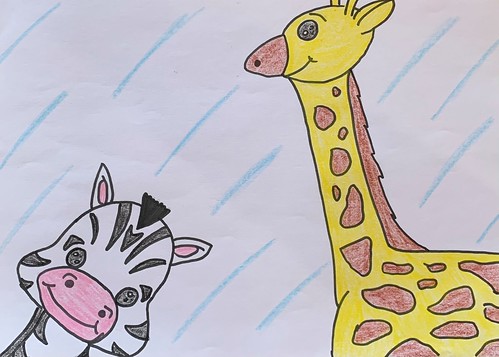 One morning, Gino the Giraffe woke up to a knock at his door. It was his best friend, Zino the Zebra.

Zino came by to warn Gino about the hunters in Bulgaria.

They went to catch the bus to Spain to escape from the hunters. Little did they know that a lot of hunters set up their camps in Spain.

That night, they go to bed and the hunters set out to find the new giraffe and zebra that entered Spain.

Suddenly, they woke up in a zoo and realised they had been shot with a sleeping dart.

They felt very weak and scared because they were separated.

Gino shook and shivered, the other giraffes in his enclosure were headbutting him.

“Who are you and what are you doing?” said the leader of the giraffes.

“Please stop it!” replied Gino. “I’m not here because I want to be here.” 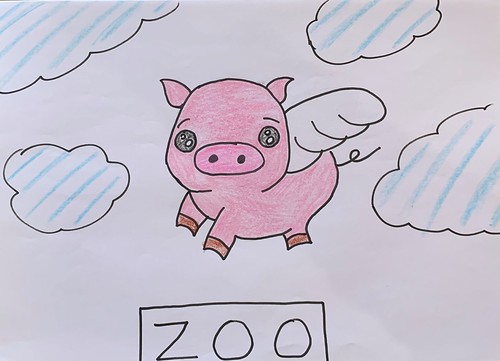 “Yeah, well we don’t want to be here either, so tough.”

The other giraffes backed off and tried to save Gino against the leader.

“What are you doing here!” yelled the leader.

Suddenly, an evil flying pig flew into the enclosure and slapped the leader.

Then, a scorpion stung the leader and screamed, “LEAVE THE GIRAFFE ALONE!”

Out of nowhere, the hunters appeared in the enclosure and shot the leader with a sleeping dart...