The Flying Tomato Pizza and Magic 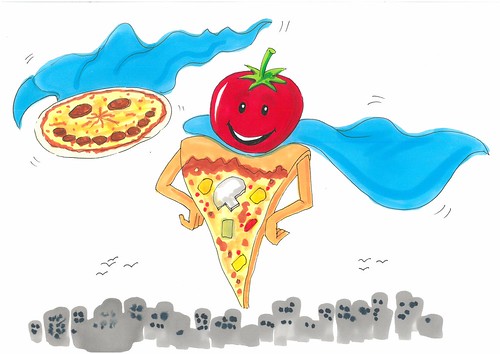 There once was a flying pizza with a tomato head called Tom Ato Pizza and he was afraid of people.

Tom was in the freezer in a house with his pizza friend, Magic. Suddenly someone opened the freezer door and reached in to grab him.

Tom moved to the side and the person missed.

“Run out of the freezer!” Magic replied.

They ran out of the freezer and ran into a bubble bath. It was quite wet.

“I feel all soggy and broken,” Tom and Magic said at the same time.

They got out of the bubble bath and suddenly saw a witch.  She had a grumpy face and was wearing a black dress. She also had a huge wart on her face. And then she farted. 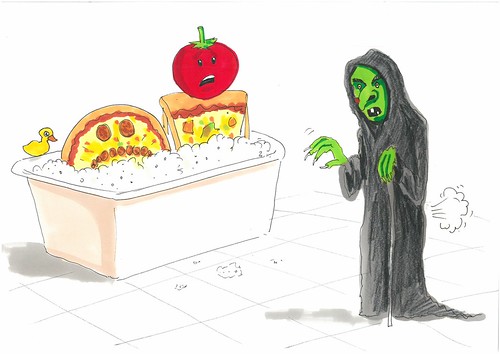 Magic and Tom ran out of the bathroom really quickly because it was so stinky.

“Stop! I can turn you into humans!” called the witch.

“Okay....” Tom replied but whispered to Magic, “She might be tricking us so let’s leg it on the count of three.”

“One, two, three!” they cried. And both of them ran out of the house.

The witch came flying after them on a broomstick.