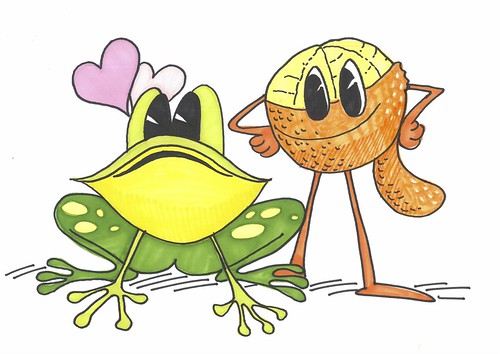 Frank the Frog and Baldy the Orange were having lunch at McDonald’s. Frank went up to order more chips and, in the queue, he saw a pig.

The pig was ordering a milkshake and a veggie burger when he dropped his money. Frank picked up the notes and tapped the pig on the shoulder.

“My name is Frank,” said the frog.

Frank invited Barry to his table.

“This is Baldy,” said Frank.

Baldy nodded, because his mouth was full.

Barry opened his veggie burger and saw it had bacon on it. He dropped his milkshake in surprise and went up to the counter to yell at the staff. 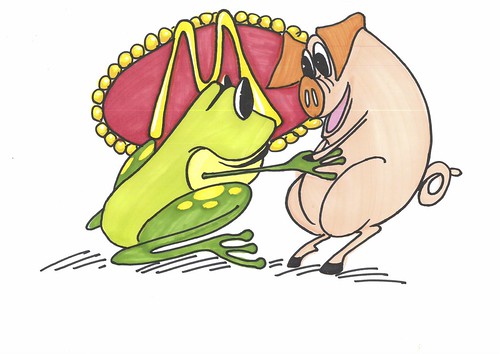 “There was bacon on my burger and now there’s milkshake all over my brand new Nike AirMax shoes,” Barry said. “I WANT TO SPEAK TO RONALD MCDONALD!” he shouted.

The woman behind the counter said, “Well, Mr. McDonald is busy.”

Barry got so angry that he ran out. Frank and Baldy ran out after him.

“Why don’t you come to my house near the swamp,” Frank called after Barry.

“I have some food at my house,” Frank said.

On their way to Frank’s house, they bumped into a female frog. Frank felt petrified because his greatest fear was finding true love...