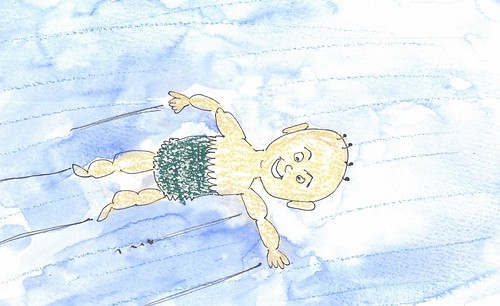 Fred the baby was sucking on his soother in his cot in his room.

He heard his neighbour, Mr. Basketball, talking, as he bounced his basketball and brought out the trash.

Fred was scared and he hid under his blankets. Chubby Cheese, the psychic teddy, was Fred’s best friend. 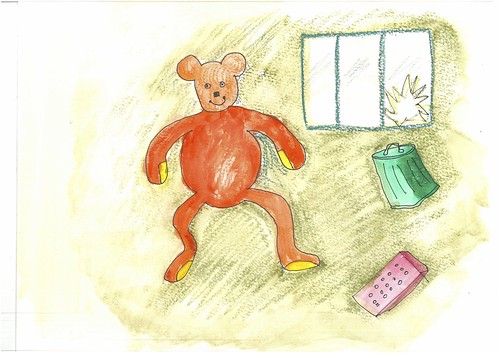 Chubby Cheese said, “We need to make a plan to defeat him.”

Chubby Cheese hopped out of the cot and opened the window.

But he fell backwards into a rubbish bin where he found a remote.

He clicked the button and suddenly he and Fred the baby were wearing really cool superhero uniforms.