Frederick and Jeremiah - The Bear Bandits 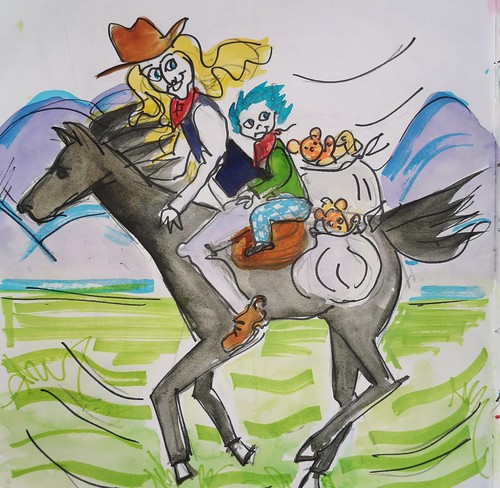 Frederick the cowboy rode into town with sacks upon sacks of teddy bears. Frederick was on his way to the biggest teddy bear bank in the world.

He was going to rob it.

Frederick was after the prized teddy bear, which is worth ten grand and is thirty feet tall.

He robbed it but had to get past all the security guards and then he had to try to open a big, metal door.

Frederick knew that if he touched any of the red wires, the alarm would go off.

As he approached the last wire, his foot hit it.

Jeremiah, the four-year-old boy who was a big fan of Frederick and was with him for the adventure, cried, “Run away! I’ll get in trouble for you!” 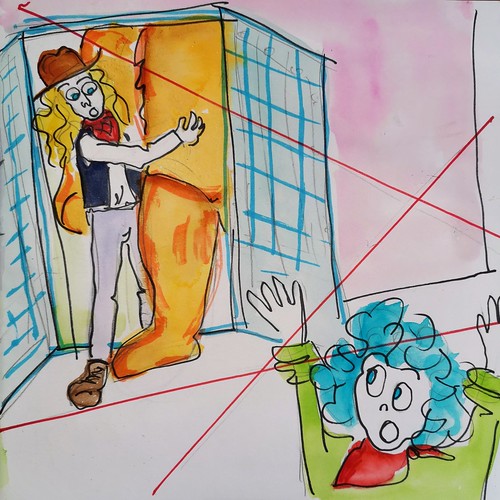 They arrested Jeremiah because they thought he was the one trying to steal the teddy bear.

Frederick wanted to get Jeremiah out but he didn’t have enough money.

So he had to get a job as a Heinz baked beans baker to earn the money.

This was a problem because Frederick’s worst fear was Heinz baked beans.

Then the manager of the Heinz factory tried to force Frederick to eat baked beans...