The Fright of the Two Best Friends’ Lives 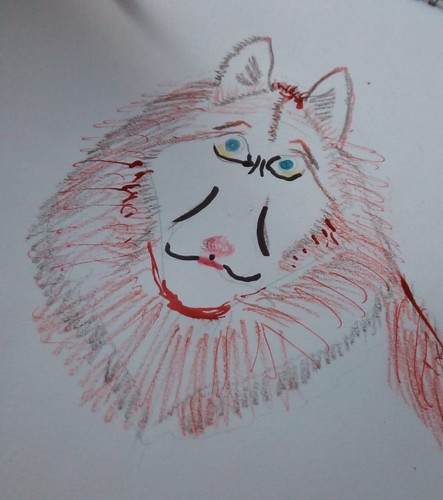 Once upon a time there was a character named Scorpion the Muted Wolf and his greatest wish was to be invincible.

Once he was in the forest and he found a banana then Larry the Mutant Banana was his best friend.

Every year there was a tide of water and Scorpion was afraid of it.

Larry the Mutant Banana made a device to put on Scorpion’s neck that would help him talk.

Snakes came from the water and Scorpion said, “Oh, no! There are snakes coming!” 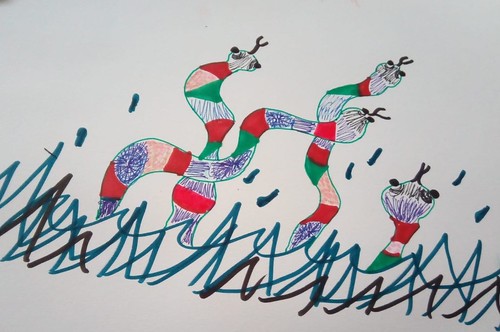 Scorpion said, “Jump on to that tree and hang on with your banana tip.”

After the tide, a monkey took them from the tree to the zoo.

At the zoo, the monkey tried to eat them.

Larry the Mutant Banana got so scared that he ran away.

The muted wolf ate the monkey. 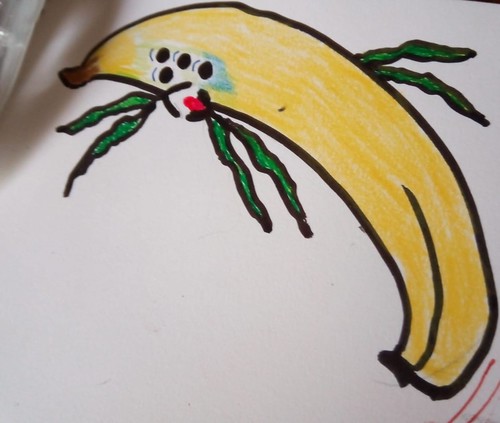 Scorpion caught up to him and then Larry stepped on a potion and turned into a mutant banana gorilla.

Scorpion the Muted Wolf wanted to help Larry but all the monkeys in the zoo came after Larry.

Suddenly a pigeon flew on to Larry.

The pigeon started pecking Larry then the Muted Wolf was trying to help him but all the snakes escaped from the zoo...