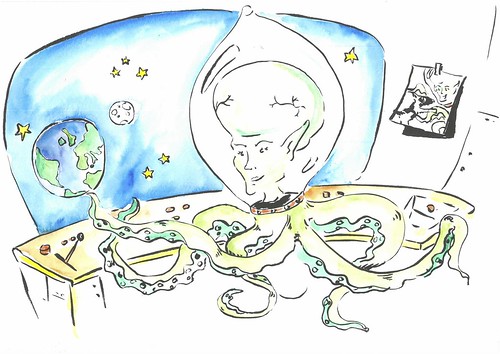 Smart the Alien was visiting Mars. She was exploring the planet to look for her friend, Bobby the German pointer.

After she found Bobby, Smart planned to take over the universe, and she needed his help.

Smart hadn’t seen Bobby in five years. She had looked all over the universe to find him, but he was still lost. Smart was frightened of heights, so she stayed in her space ship all the time. She was too afriad to jump out.

Smart decided to look for Bobby on another planet. She saw a blue and green planet next to Mars.

“I’ll look for him there!” thought Smart.

So she flew around the planet. When she looked up, she saw stars and the Moon. 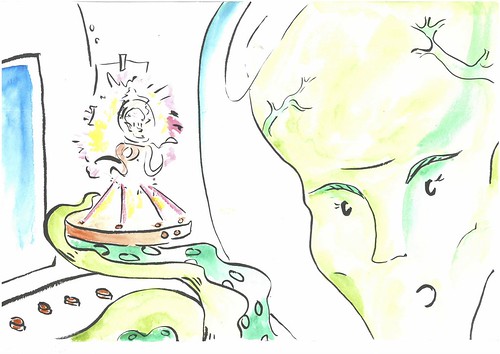 When she looked down she saw the sea, mountains, land, buildings, horses, cows, pigs, sheep, chickens and donkeys. She also saw dogs!

“Bobby is a dog! Maybe he’s here!” Smart thought to herself.

Smart was still too afriad to land her spaceship and find Bobby. She used her Laser Screen to call her manager, Barbie.

“Can you please send your alien army down here to Earth? I need them to help me,” said Smart.

“We lost Bobby the German pointer and we haven’t been able to find him for five years! It’s a big planet and I need some support,” Smart said.