Fury and the Little Troll 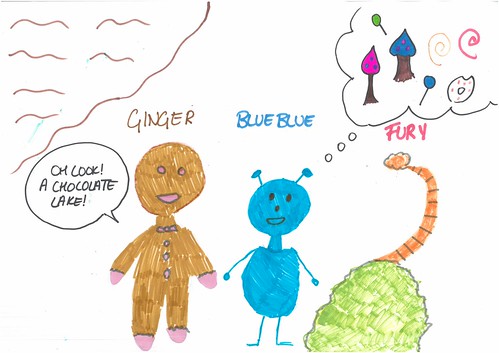 One day Blue Blue the blue troll was looking for his best friend Ginger the gingerbread man.

Once he found Ginger they began to play around a little chocolate lake.

Suddenly they heard a scattering noise in the bushes, little did they know it was Blue Blue’s greatest fear – Fury the massive red and black dragon.

They decided to ignore the sound and jumped into the chocolate lake.

“Let’s drink a little bit of this chocolate,” said Ginger. They drank the chocolate but it was disgusting. 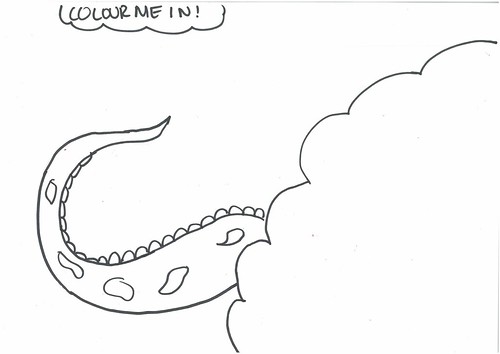 Blue Blue was annoyed at Ginger for making him drink muck.

Blue Blue said in a daydream, “I wish we lived in a world full of sweets.”

Then Ginger said, “I’d live there too. Do you want to come with me?”

When Fury heard this he pounced at Blue Blue and Ginger, but luckily Ginger clicked his fingers and they disappeared…