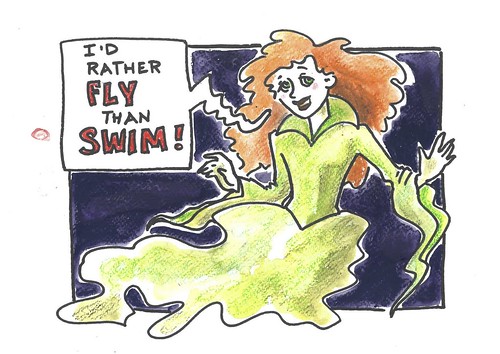 Once upon a time there was a ghost named Crystal.  She was also a superhero.

One day, Crystal was sitting on the moon and looking down at everything below on Earth.

She was examining the cities and looking for her family.

Crystal decided to find her family on Earth. She went down to New York, which was the last place she had seen them.

Crystal flew over the Atlantic Ocean and saw a skewbold pony in a field by the seaside in Ireland.

She flew down to see what the pony was doing. Crystal could see that there was no hair on the pony’s legs.

“Hello, my name is Crystal.  Are you okay? You don’t have any hair on your legs,” said Crystal.

“It’s because of the saltwater.” replied the pony. “It doesn’t hurt.” 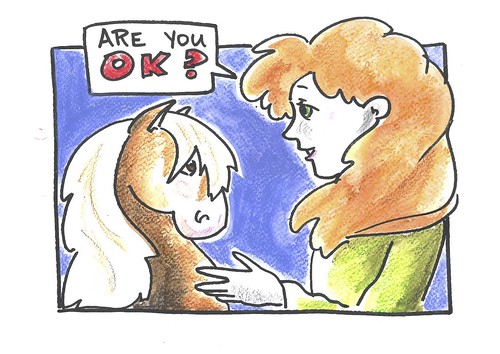 “I’m so sorry, I didn’t introduce myself.  My name is Sandy,” replied the pony.

Even though Crystal had flown over the whole ocean, she was actually really afraid of water.

Then Crystal said, “Can we move over here a bit? Away from the sea? It’s a bit wet.”

“I don’t need to, I can fly!” answered Crystal.

Crystal told Sandy that she was a ghost and that her greatest wish was to become human.

“Oh!” said Sandy. “To become human, you have to stop flying and do normal human stuff.”

“Well, you have to eat apples and take the dog for a walk and drink lots of water,” Sandy told her. “And don’t let people see you eating because you’re see through and people will be able to see the food.”

Crystal decided that she had to stick up for herself because she wanted to be a human. She was going to try very hard not to be afraid of water...