Ghoul and Bob’s Greatest Adventure: One 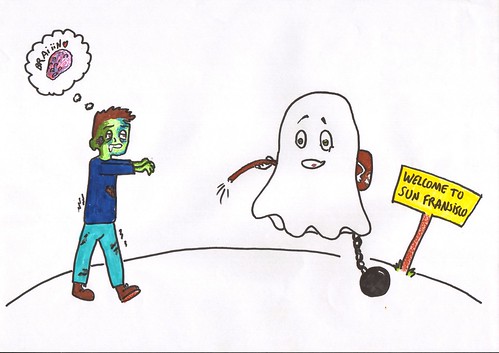 It is a town on the sun. They live in a giant bubble so they don’t get burned.

They are eating their dinner.

A letter comes in the mail saying his mother is coming to visit.

His mother arrives with machines that fire meatballs and they have a meatball fight on the sun.

Ghoul is stuffed because he ate so many meatballs. 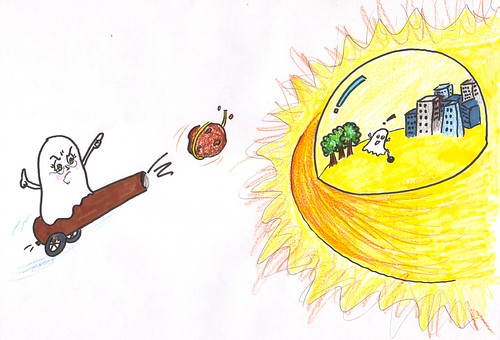 He tries to go on a jog but his mother keeps tormenting him by asking him so many questions.

He escapes from his mother and goes to earth, and then people suddenly turn into ghosts.

Not everyone turns into ghosts, but Bob the Zombie turns some of them into zombies.

Ghoul the Ghost Ghostbuster’s mother makes magic meatballs that turn everyone back into humans.

‘OMG! I’ll totally get revenge on you sooner or later!’ says Ghoul. ‘I’d like to see you try’, says his mother…