The Girl with the Pig Nose 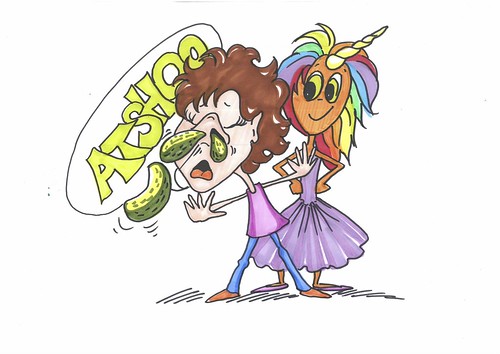 Once upon a time, a girl named Penelope was in her house in Orlando, Florida lying in her bed.

Penelope was dreaming. In her dream, there was a nasty witch.

The witch said, “You shall have a pig nose!” The witch waved her wand.

Penelope jumped awake because she had a terrible fright. She went into her bathroom to splash some water on her face.

When she looked in the mirror, she moved her hair off her face and saw she had a pig nose.

”Aaaahhhhh!” Penelope screamed. She was very shocked. As she turned around, she saw an elf on the bathroom window ledge and there was a note.

The note said: From now on you shall be known as Penelope Pickle.

The note was very dusty and it caused Penelope to sneeze. After she sneezed she saw pickles on the floor. 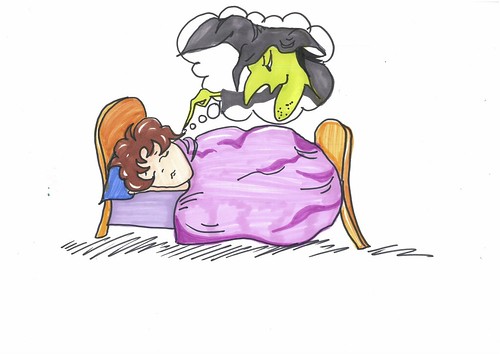 “What will my friends at school think?” thought Penelope. “I have to go see Lily.”

Lily was Penelope’s best friend. She had a magical unicorn horn and rainbow hair.

Lily was up in her room, getting ready for school.

She flew down the stairs using her magical unicorn horn abilities.

Lily stood in front of Penelope in shock.