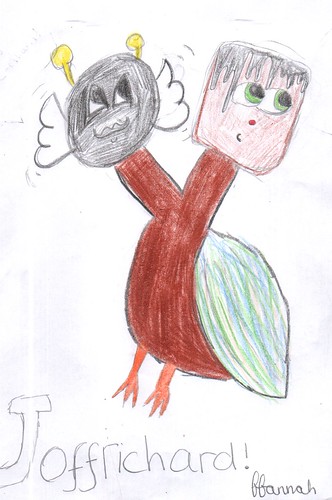 Running through the woods was a mysterious figure… It was wondering how to make its moustache bigger!

Coming out of the woods you could see his shiny rainbow horn.

His name was Gizmo, a pig unicorn.

The shadow of his big fat pig body was creepy.

There was something brown on his horn so he took it off his horn and rubbed it on his moustache.

His best friend was with him, Joffrichard, the one-third duck, one-third brownie and one-third fly with a moustache.

Gizmo realised that the brown stuff on his horn was a bit of Joffrichard’s brownie head.

“Can I have my other head back?” asked Joffrichard’s fly head. 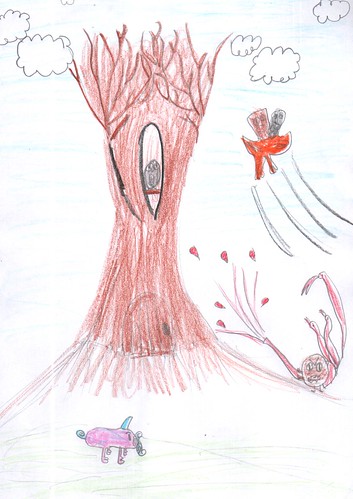 “Sorry, I was just about to eat it!” replied Gizmo.

Out of the corner of his eye, Gizmo saw Pablo the meatball.

As Gizmo took off, he stumbled onto his face.  He got up and ran back to his secret tree house. 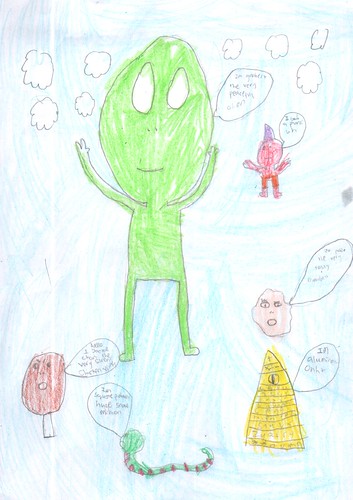 ​Joffrichard tried to fly to Gizmo’s secret tree house with Pablo chasing after him.

Pablo jumped over Joffrichard with his long jumping powers, and landed on the secret tree house.

He pulled out his tomato sauce flame-thrower…