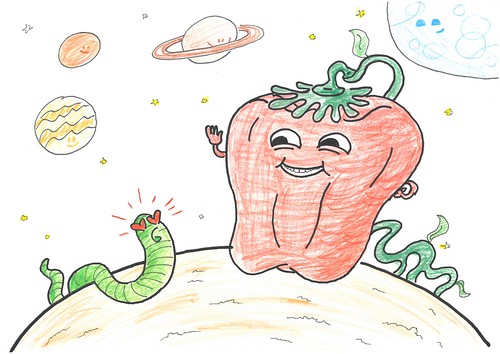 Once upon a time in a Galaxy Far Far Away©, there lived a worm called Globgoglabglab that could somehow speak.

One day he met a Pepper called Piper.

As soon as Globgoglabglab saw Piper, he had a crush. It was love at first sight.

“I am the yeast of thought and mind,” said Globgoglabglab. Books started moving around Piper. 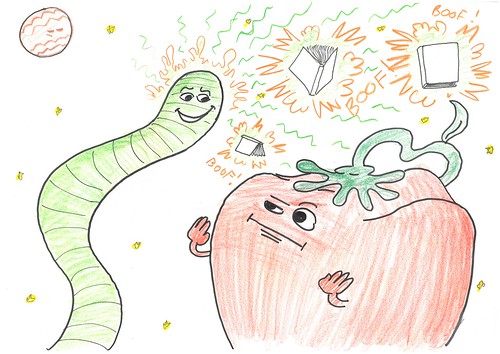 “I barely know you. We need to get to know each other better,” Piper said. 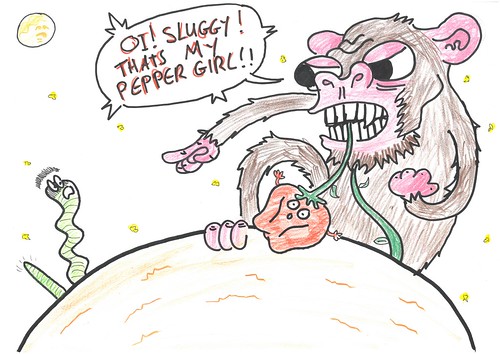 Just then, a monkey named Bob appeared and threatened them.

Bob slowly started picking Piper off her vine with his teeth…