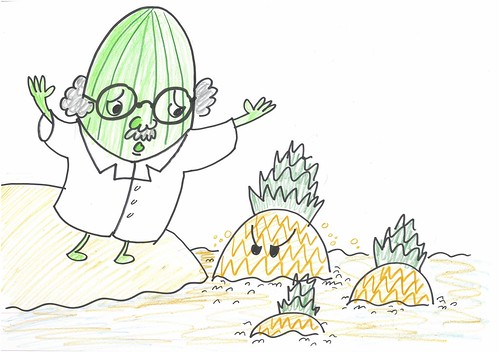 Dr. Green the watermelon lived on an island with his wife, Mrs. Green.

The island was surrounded by pineapple juice! Every so often, the pineapples would attack the watermelons on the island.

Dr. Green woke up early one morning and had to go into hospital.

There was a patient there who was extremely ill. It was a strawberry called Blue.

Robert the robot worked in the hospital as Dr. Green’s assistant. 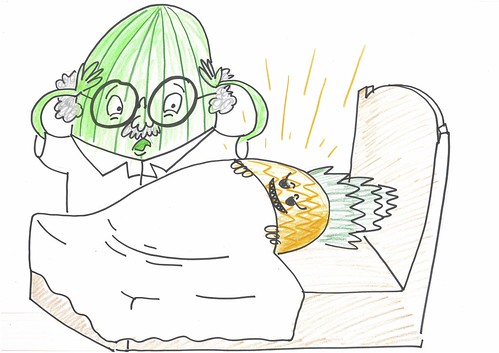 “There is another severely injured patient here, Dr. Green,” he said.

Dr. Green replied, “Don’t worry, I’ll be straight there after Blue the Strawberry is feeling better.”

The strawberry needed surgery so Dr. Green forgot all about the other patient.

When Dr. Green finally finished the surgery and remembered about the other patient, he was shocked to find out it was a pineapple! 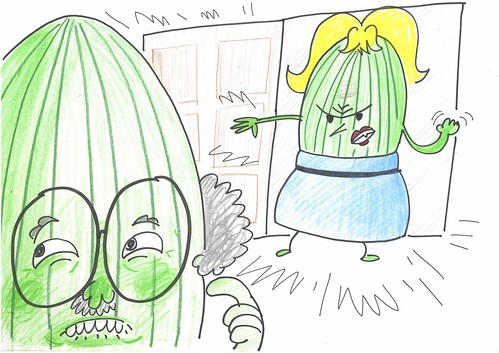 Just then, Mrs. Green barged in. She said, “Did you eat all the doughnuts last night??”

Meanwhile, the pineapple patient (who was the pineapple mastermind and wasn’t actually injured) was planning another attack on the island...