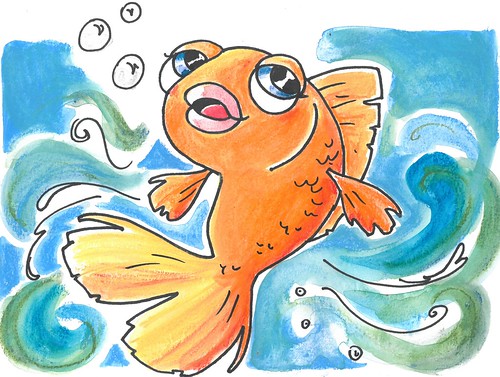 One day Goldie the goldfish was wondering, “What would it be like to be able to swim?

Seeing as I can’t swim, my fear would be that some girls could come around and catch me.”

Goldie lived in a lake in a forest. She looked around and said, “I wish Fergus was here.”

Fergus the horse was Goldie’s best friend. Goldie’s greatest wish was to learn to swim. 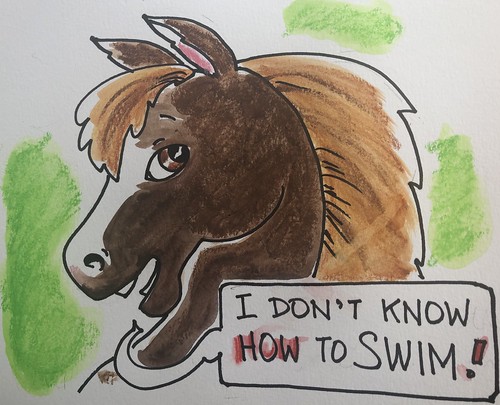 She wanted to ask Fergus. Goldie heard a sound and it sounded like Fergus.

Suddenly a girl ran up to Fergus and said, “Give me that fish!”

The girl wanted Goldie because she didn’t want to pay for her own gold fish.

Goldie was afraid of the girl. “Teach me how to swim, Fergus!” she cried.

Fergus said, “I don’t know how to swim.”

Goldie said to the girl “Let’s make a deal. If you teach me to swim, I’ll be your pet…”