The Great Adventure of Bob the Unicorn 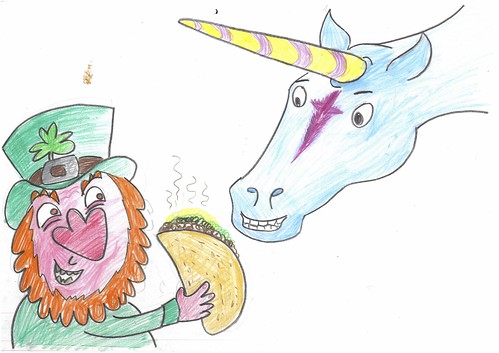 Bob the unicorn lived in Lilac City. He had a best friend who was a Leprechaun, an evil leprechaun called Fred. Bob did not know that Fred was evil.

What Bob wanted to do was go to Rainbow City to find the legendary Timmy the Chicken. It was his greatest dream to meet a chicken.

Bob and Fred went to Ricky’s Taco Truck for dinner. What Bob didn’t know was that Fred was trying to get Ricky to poison him so Fred could steal Bob’s horn.

Fred was tired of Bob getting all the attention wherever they went.

Ricky couldn’t hold it in. “Don’t eat that!” he shouted. “It’s poisonous, Fred wants to steal your horn.” 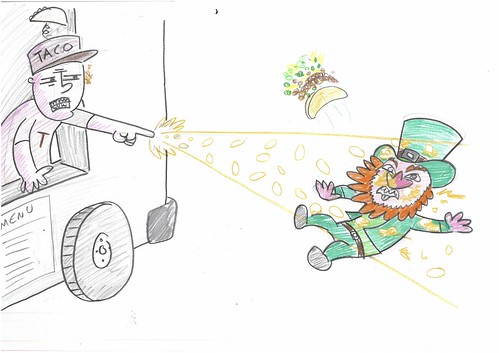 Fred pointed his egg-shooting laser finger at Ricky. “I’d never do that to my best friend,” he said to Bob.

Bob was shocked and confused. He threw his taco at Fred’s hand. Fred’s laser finger bent back so he couldn’t shoot eggs at Ricky.

Just then, Bob’s mother flew down and said “Come in, now!”

Bob’s mother was his greatest fear so he took off in the taco truck...