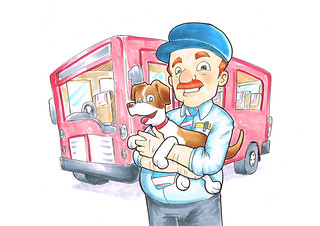 One spring morning, Billy the bus driver was collecting the children to take them to school.

After he dropped them at the school gates, he went back to the bus depot.

He then jumped into his BMW, drove home and got Johnny his springer spaniel.Then Billy put on Johnny’s lead and went to the park 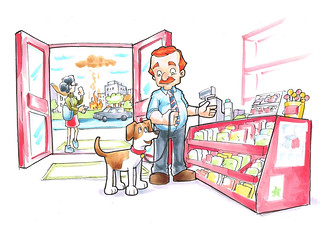 After a nice long walk, they were both so hungry, they hopped in their car and drove to Murphy’s garage.

As they were eating their food, in walked Zoe the librarian.

“Hello there, Zoe,” said Billy. “I haven’t seen you in ages! How are you doing?”

“Lovely to see you Billy! I’m fine,” replied Zoe. “Have you heard about the terrible fire on Main Street?”….