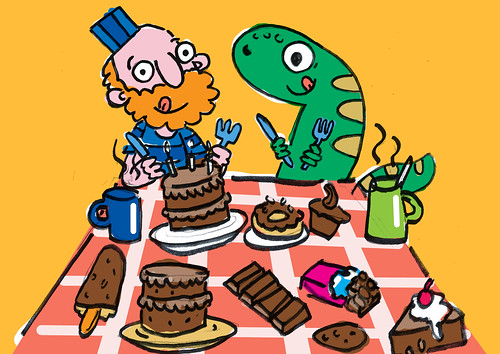 One day, Joe the prisoner found a loose brick under the toilet seat and managed to get out of prison.

After he got out, Joe went to get some money to get new clothes so the Gardaí wouldn’t know that he was a prisoner.

Then he went to the hairdresser to get a new haircut to hide his identity. After that, he bought some makeup to hide his tattoos.

Later that day, Joe had a fingerprint check and they held him captive in a truck. After that, Derek the dinosaur came and pushed his way through the truck’s door.

“Hop on my back!” shouted Derek.

“There’s no time to explain. Just hop on my back and let’s go,” Derek told him.

Joe hopped onto the dinosaur’s back without hesitation and said, “Where are we going?”

“Let’s go to New York,” Derek whispered. He whispered so the police would not know where they were going. 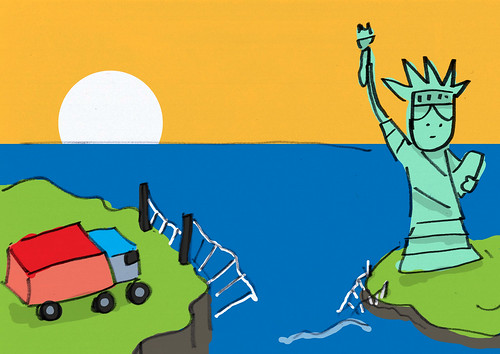 Joe asked, “How do you know the way to New York?”

“Because my Great Grandma Jones lives there,” Derek replied.

“Of course there are. Where do you think my parents are?” Derek said.

They took the truck that Joe was held captive in and arrived at a long sea that they had to cross with a long, narrow bridge.

The bridge was broken...