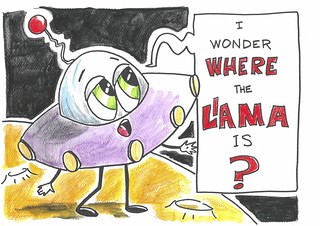 Once upon a time, there was a U.F.O. called UFO looking for a Space-Llama. UFO lived on Mars but he came from Pluto.

He had moved to Mars because his parents died, so he became an orphan.

On Mars, there were evil space-robots controlled by Tigaphants. UFO lived underground with Jacinta, the talking pair of pants, because it was safer there. 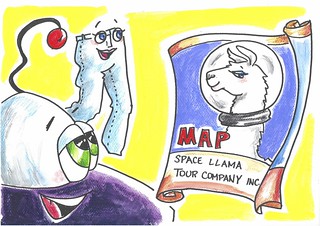 They lived in luxury with lots of chocolate and 50 televisions.

UFO was looking for a Space-Llama, so the Space-Llama could bring his parents back.

He travelled to a black hole and found a magic trash can. He shook it and then rubbed it.

Inside, he found a map leading to the Space-Llama...