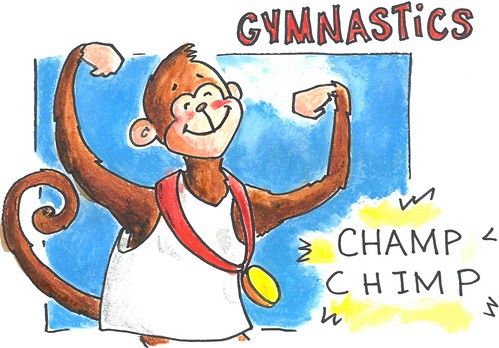 Once upon a time in a dark jungle there lived a monkey called John Joe. He lived with his best friend Billy the Hippo in a tree house.

John Joe was a beginner at gymnastics but he trained every day. He would swing through the trees but he always fell on his face.

His greatest wish was to compete in the Olympics. None of the other animals thought he’d make the team.

Because he kept falling, John Joe kept hurting himself. He was bruised to bits. He went back home, crying.

“What’s the matter with you?” asked Billy.

“I keep falling,” said John Joe. “Can you train with me?”

“What did you have in mind?” asked Billy.

“I want you to follow underneath me so you can break my fall,” said John Joe. 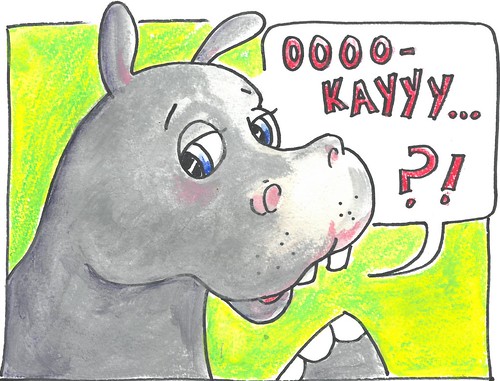 Billy was hesitant. “Ooooh-kay,” he said.

The next day when John Joe and Billy were training, Jim Bob the Lion came along.

John Joe was afraid that Jim Bob would beat him for the spot on the Olympic team.

Billy stood up for his friend. He said to Jim Bob, “If you think you’re better, you and John Joe should compete in a gymnast-off tomorrow morning!”