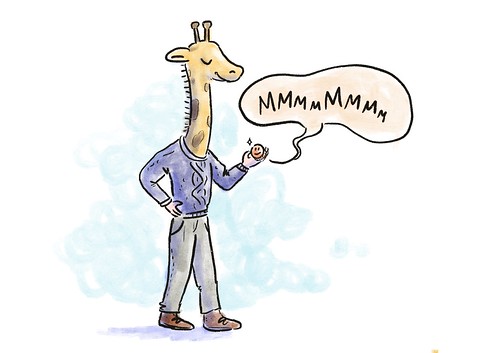 In a land far, far away there lived a giraffe called Bob.

His next door neighbour was a nickel called MMMMMM.

One day Bob was walking around Kebabal and he fell into a hole full of chicken curry. 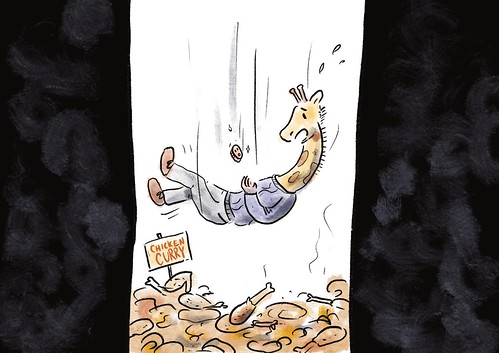 The nickel realised that his friend was in the hole so he sent the pigeon from the curry shop.

The pigeon swooped in and saved Bob.

Bob returned to the curry shop and MMMMMM was delighted to see him. 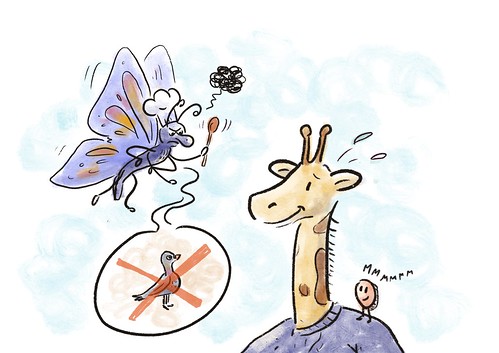 Bob wanted to buy the pigeon because he really wanted one for his birthday.

But Chef Butterfly didn’t want to sell it to him...