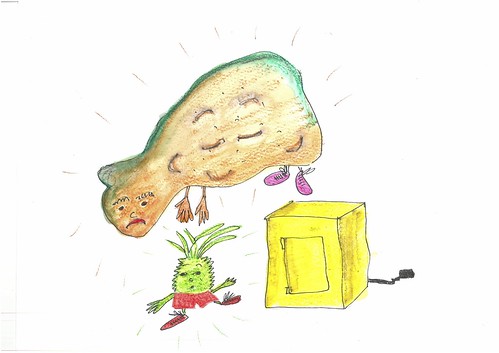 Once there was a potato named Paul who lived on a farm with his potato family.

One morning, Paul woke up in his sardine can that all the potatoes slept in, got out of his sardine can, and went to look for some butter for his breakfast. 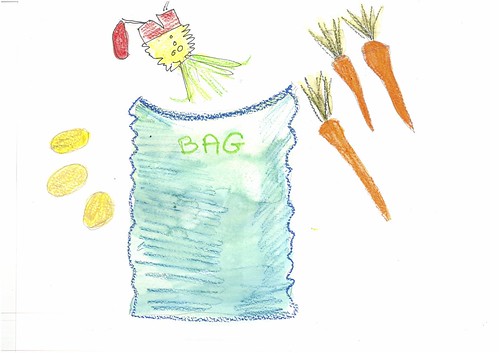 While Paul was looking for his butter breakfast, he heard a loud THUMP.

It was the farmer collecting his entire potato family and putting them into a bag.

Paul said, “What’s going o...” just as the farmer grabbed him and put him into the bag.

“I’m too pretty to die!” Paul said as he fell into the bag on top of his family. The farmer sold the bag of potatoes to a supermarket.

One day the Sluggy family visited the supermarket on their weekly shop. 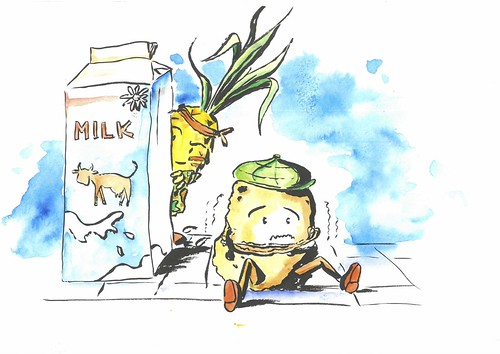 They put Paul’s bag of potatoes into their cart, along with some pasta, biscuits, eggs, crisps, a potato peeler and Hudson the Pineapple Soldier.

The potatoes, the eggs, and the pineapple were all destined for the fridge...