Grey and Scar Take Over the World 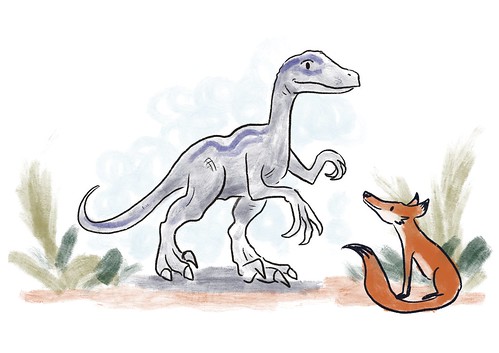 A long, long time ago Grey the Veloceraptor had a dream to take over the world.

But something stopped her from taking over the world. 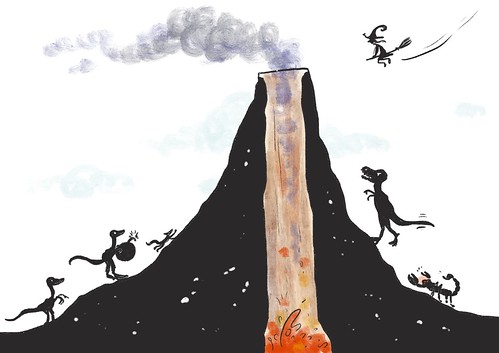 She was scared of creepy crawlers.

There was a cyborg scorpion called Scorpatron.

Grey asked her best friend Scar to help her out with taking over the world.

Don’t do it yet because the witch might put you in jail in her castle.” 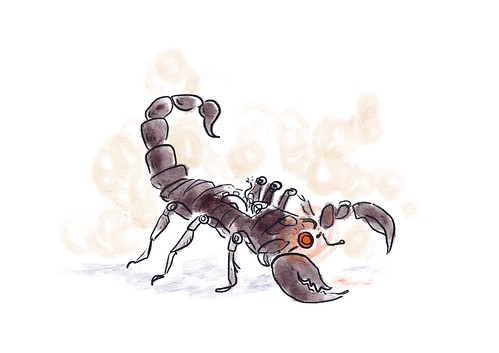 Grey said, “I have a pet fox that will do whatever I want.

But the witch has a pet wolf and a German shepherd.”

Scar replied, “We have to go into a volcano and drop a bomb to make it explode.”

Then there was a T.Rex named Trex who wouldn’t let them rule the world ever again... 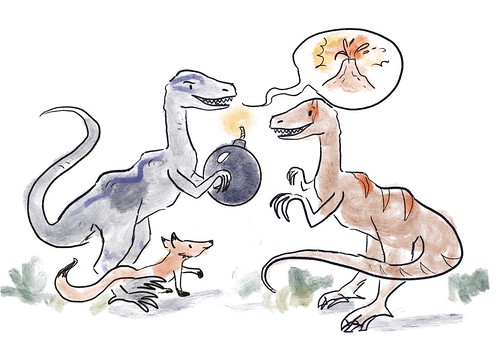