Happy and Ben the Brave Dogs! 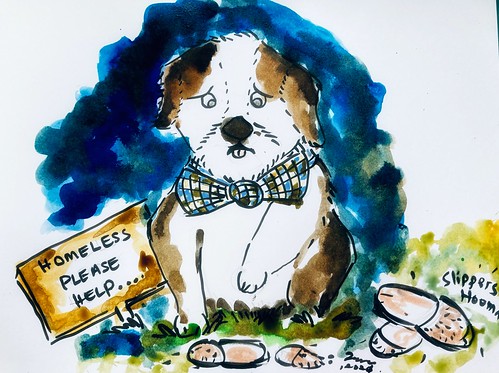 Happy the cavachon dog got kicked out of his hometown! In the dark he was scared of all the talking trees. After that he sees his best friend Ben the blue dog.

Then a massive talking tree jumps on top of Ben the blue dog and throws him back into dogtopia.

The talking tree grabs Happy and brings him to the hometown of Talking Trees.

The talking tree says “You’re a nice dog, you should go back to your town”.

Happy replies “I got kicked out because I kept stealing everyone’s slippers”.

But then Ben the blue dog appeared. “Why are the trees circling around you?” asked Ben.

Then another set of talking trees circled around Ben. But then Ben the blue dog got an idea. 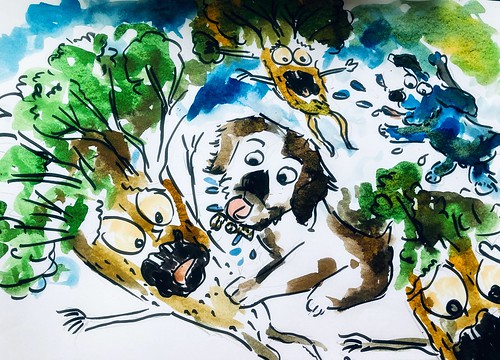 When a tree was about to eat him he slid under the tree. Happy did the same thing.

Once they were on the other side of the trees they began to lick them.

Little did the trees know the saliva was poisonous...