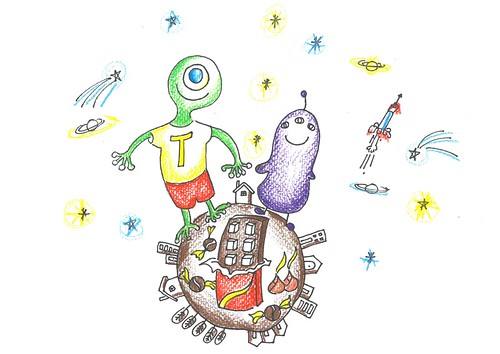 Once upon a time there was an alien called Tim.

He had a best friend Harry and he was an alien too.

Tim and Harry would go to a chocolate house to eat lots and lots of chocolate.

One day, when they were at the chocolate house, they saw aliens with big mouths and sharp teeth.

Tim was scared that they were going to eat him all up!

Harry tried to talk it out, but one of the aliens threw them out.

“I can’t see my house. They are sleeping here,” said Harry. 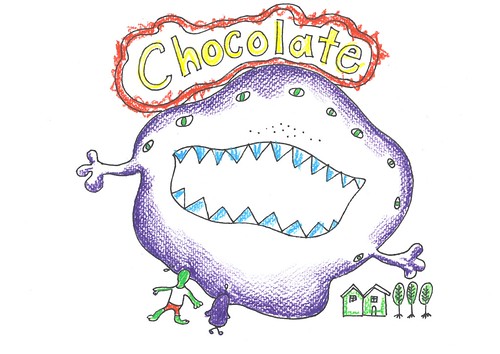 Tim said, “Do you know how to get out of this place?”