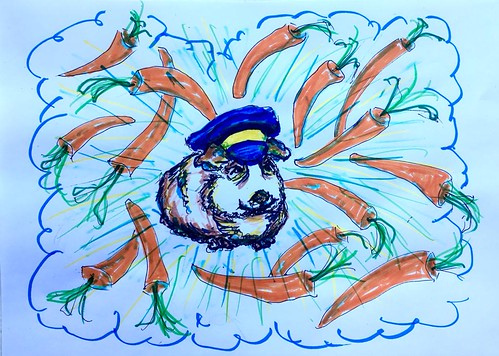 Harry the Guinea Pig Cop was at the police station. He asked his boss, “What case am I doing next?”

Harry’s boss replied, “There was a robbery. A very expensive ring was taken. We think it was Spy the Fox.”

“Where was the ring stolen from?” asked Harry.

“From the Irish Museum of History,” his boss told him.

Harry went to the museum with his partner, George the Monkey.

When they got there, there were three other cops already looking at the handprints. 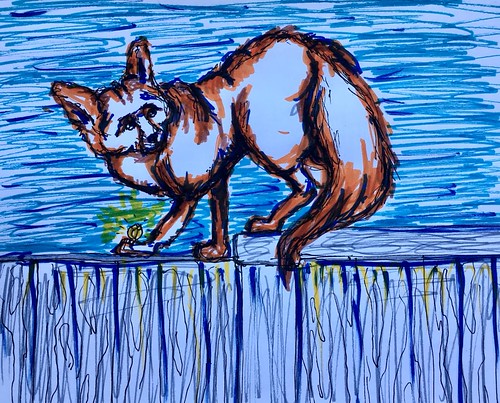 George the Monkey asked, “What have we found so far?”

“We found out who owns the handprints,” said Jerry, who was also a guinea pig cop. “It was Spy the Fox.”

Harry said, “Oh, no! He came back for revenge!”

Harry and George went off to find the fox who stole the ring. They saw the Spy the Fox in a car getting away with the ring.

Spy had dropped his phone on the ground outside the museum. Harry picked it up and saw a text message.

It read: COME TO NEW YORK CITY AND I WILL BUY THE RING FROM YOU.