Hebby And The Great Escape 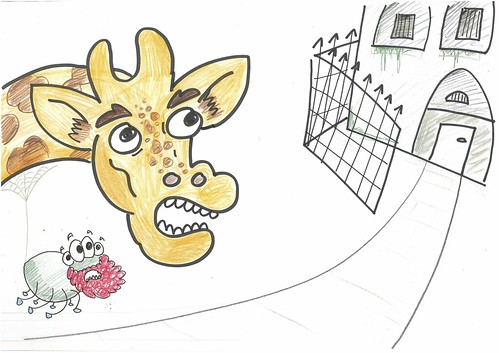 Hebby the spider lived in South Korea. He travelled to Kenya to meet his best friend, Gerry the giraffe.

Together, they decided to go to Room 7 in St Fiachra’s in Beaumont, Dublin.

The pupils in Room 7 were going on a school tour to Kilmainham Gaol. Hebby and Gerry decided to secretly join them.

On the way, Hebby had a phone call from his friend Alyosius O’Hare.

Hebby was shocked – why was his friend in jail?

“I’ve been framed for stealing dustcaps from bikes!” Alyosius said.

“That’s a coincidence. We are already on the way to the jail with the kids from St Fiachra’s!” Hebby said. 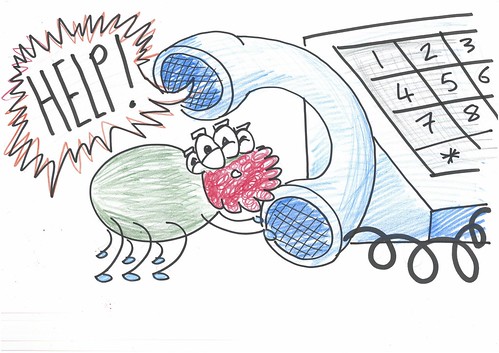 The jail was huge, old and scary. Hebby and Gerry tried reasoning with the gardaí.

The gardaí did not believe Hebby that Alyosius had been framed.

They wouldn’t let anyone in to see Alyosius.

Suddenly, the fire alarm went off. Alyosius O’Hare had set a fire to escape.

Hebby’s dad Heb had died in a house fire, so Hebby was deeply afraid of fire.

Hebby was frozen with fear...