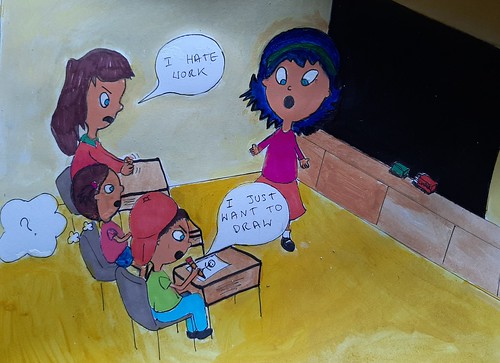 For the past few days, no schoolwork has come through for my siblings. So my mum had this “genius” idea that I could actually “teach” my them.

At first I thought it was a good idea because I didn’t have anything better to do (except schoolwork) and my mum said she would pay me, so I was all set. But when it came to actually “teach” them, things turned out not the way I wanted it to.

I tried teaching them prime numbers, but they didn’t listen to a word I said. My little, but oldest sister was cursing because of the work I had set.

My little brother was screaming in my face because he wanted to do art instead of maths and my youngest sister was trying to understand but she really had no idea what was going on.

I was only trying to help but things just turned out like World War Three.

I feel weird saying this, but I actually miss school… 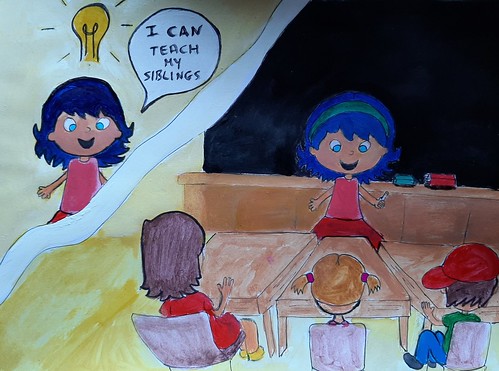 We are doing the best we can, some weeks are better than others.

My mum has resigned herself to the fact that teaching is not her vocation and instead has decided to teach us important life lessons like not walking on somebodies floor that they have just washed - this shows respect for our fellow human beings.

As a result, when all this is over, we may be illiterate and mathematically challenged but boy we will have great manners.