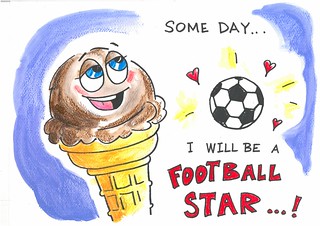 Mr Chocolate the ice cream cone went to the football pitch at his school to play football. The other ice cream cones bullied him again.

“Leave him alone!” said Mr Strawberry. “Would you like it if he was bullying you?”

Then the bell rang and all of the ice cream cones went inside except for Mr Chocolate and his best friend Mr Oreo Ice Cream.

“Let’s bunk off,” said Mr Chocolate. “I don’t want to get bullied again.” 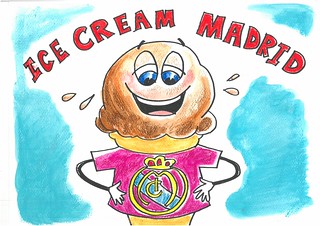 Mr Chocolate and Mr Oreo Ice Cream went to the park and played football in the little astro pitch.

He said, “You guys are brilliant at football! Would you like to join my team?”

Mr Chocolate said, “I’ll have to ask my mother. She might let me, or she might say no.”

Mr Oreo Ice Cream said, “My mother is gone to work so I’ll have to ask my dad.”

“I need to know by tomorrow because I need to get your kit ready “ said Mr Donkey Bus...