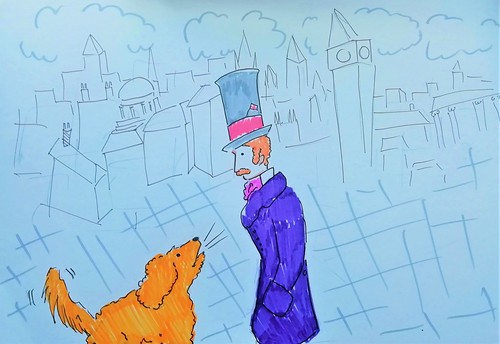 Not a very long time ago in the London streets, Harry the English Gentleman was walking around with no place to stay.

All of a sudden Bob the Dog walked up to him and started barking at him.

He started following Bob the Dog and bumped into a woman.

The woman took out a boomerang and on the side of it was ‘Property of Jojo Joe’.

Harry was about to speak to the woman when he noticed that Bob was missing. 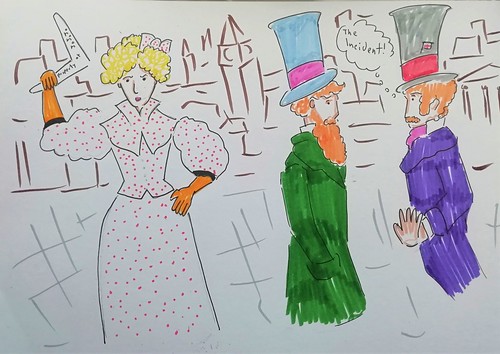 Harry sprinted straight down the street and spotted Bob bolting down a lane way.

Bob had led him to someone he recognised.

It was his brother who was walking to his house on the other side of the street.

And then his brother said, “Hi, Harry.”

Harry ignored his brother because he hadn’t seen him since The Incident...