Skip to main content
Home Stories Jack and Buddy vs The World!

Jack and Buddy vs The World! 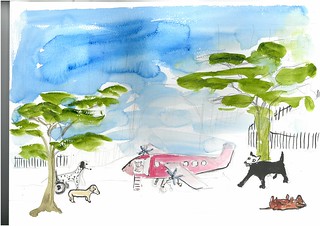 It was a typical day in Dublin. Buddy the dog rode the bus to McDonald’s.

He met another dog called Jack in McDonald’s while he was licking the ground.

Buddy asked Jack, “How are you? Can I have your Happy Meal toy?”

Jack replied, “Excuse me? It’s mine!”

Buddy said, “Sorry, I thought you didn’t want it.”

Buddy explained, “When I was running in the garden, Buster The Evil Dog bit it off. And I see you have two legs?” 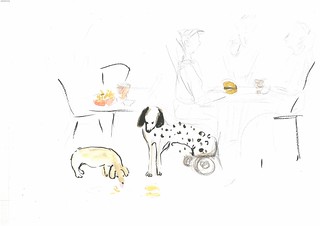 Jack told the story of how he lost his two legs. Jack said that a flying pig was chasing after him and his legs got caught in barbed wire and he had to get them chopped off. But now he had trained the pig to be his sidekick.

“Sadly, yes,” replied Jack. “I don’t have anything to eat or drink so I come here all the time.”

Buddy and Jack took a plane to the park. They saw Buster attacking another dog and told him to leave the dog alone.
Jack said, “Don’t worry! I’ll get my flying pig!”

Jack grabbed a banana out of a woman’s purse while she was eating a burger. He used the banana as a telephone to contact the pig.

“Yo! Porkie The Pig, will you come over here to the park and help us get rid of this mean bully?”

“Okay, but I have to iron my cape and tights. I will be five minutes,” replied Porkie the Pig.

When he was finished with the other dog, Buster turned and walked towards Buddy and Jack.
“I am going to bite your tail off like I did to Buddy!” Buster said, laughing.