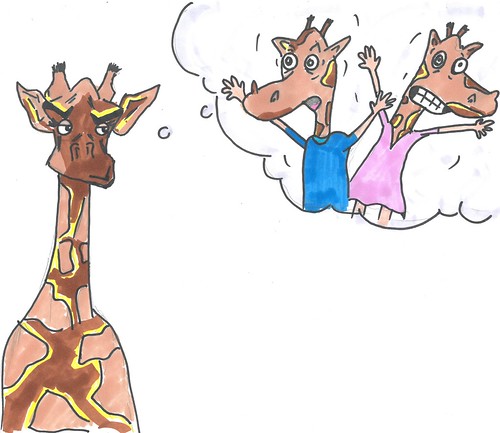 Jake the Giraffe was getting experimented on and turned red, black and evil.

Jake was getting ready to turn a piece of corn into a proper Cob Cob that could talk.

Jake and Cob Cob both turned into evil people. They changed bodies and they started their journey.

Jake and Cob Cob lived in the zoo. They escaped by getting onto a boat with elephants on it.

After they got off the boat, they saw something in the sand. They saw a golden knife.

“Let’s use that knife to chop the meat we’re having tonight,” said Cob Cob. 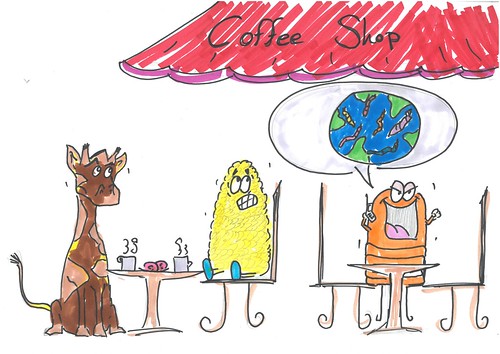 The next morning they went to the coffee shop and bought doughnuts and coffee.

Wiggle Worm was in the coffee shop, planning his evil plans to make the world entirely wormish by jumping onto people’s plates.

They decided to join him and help him.

“Do you want to join my evil group?” says Wiggle Worm

“No, we’re not going to join your evil group,” said Jake, having second thoughts…