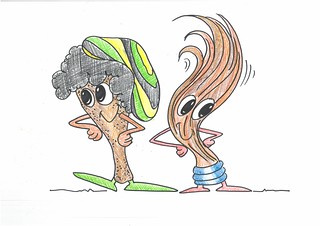 St. Mary’s Boys National School, Maynooth, 5th Class, 26th May 2015
It was a regular day at home and Bob, the piece of Jamaican chicken, was cooking.

Suddenly, Zlatan the ponytail came flying through the window and said, “My name is Zlatan!”

Zlatan told Bob about a dragon called Dorcha and his sidekick, Jim the Ninja.

Dorcha was trying to cut down candy cane trees near the ponies. He wanted them all for himself. 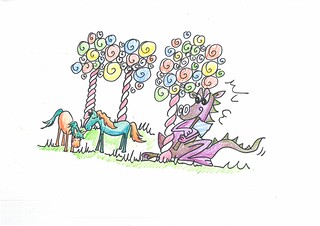 Bob was worried and scared. Zlatan told him that Dorcha has a deep fryer. It was the last deep fryer in existence and Bob was determined to get his hands on it.

Dorcha stole the deep fryer from Gareth the whale, a legendary figure who died generations ago with the legendary deep fryer.

Gareth was also the manager of KFG (Kentucky Fried Gareth).

Bob said, “If I get the deep fat fryer, will you be able to take me out in time?”

Upon hearing this, Bob set out on a quest to retrieve the deep fat fryer from the dragon...