James Smith the Werewolf and the Diamond Lemon 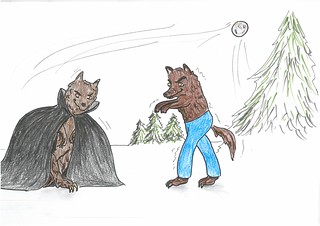 St Oliver Plunkett National School, Navan, 2nd Class, 10 June 2015
Once upon a time there was a werewolf named James Smith. He liked to eat Irish spuds. He was afraid of fire.

James Smith the werewolf didn’t like Lord Falcon because he was against werewolves.

James Smith’s enemies were the Army of the Peabottoms. 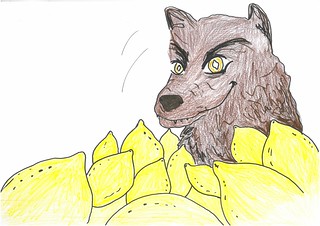 James Smith got a diamond lemon off a wizard called Lizzy.

His best friend was Jonathon Lyons the werewolf-vampire hybrid.

One day, he got over his fear of fire and then he wasn’t afraid of anything.

He got the lemons and squirted them in his enemies’ eyes.

But then he got locked up in the Peabottoms’ house!...