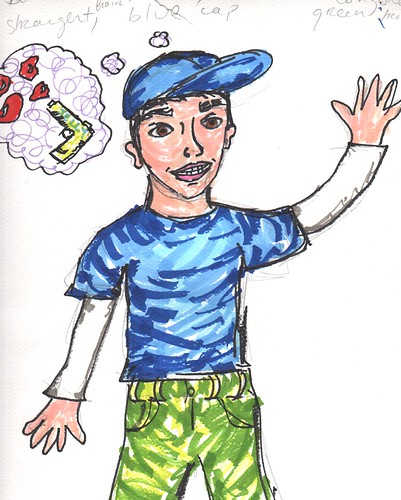 James was a boy who was 9 years old and lives in Wicklow.

His greatest fear was dragons.

He liked to go to the park on his scooter with his friend Liam.

James’s dad was already in the army.

James had a really big dream to be in the army like his dad.

James had invented an amazing Jelly Gun. He also had two dogs.

James had another dream that he was on the beach exploring caves.

He managed to squeeze through some rocks. 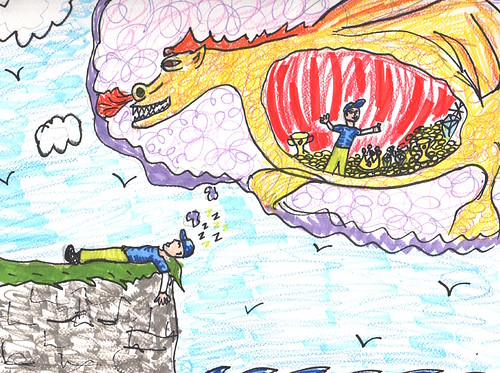 Unfortunately the dragon gulped him down in one piece.

When he landed in the dragons stomach he found lots of gold and Jewels.

James heard his grandparents calling his name: they were ghosts and tried to turn him into a ghost, then he suddenly woke up on the edge of a cliff…