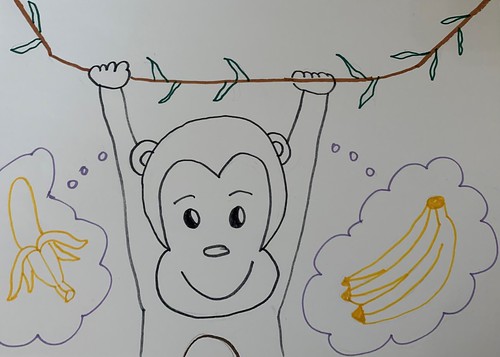 Once there was a monkey in a tree. He fell out of the tree into a banana pile and ate loads and loads of bananas.

A wizard monkey came over and said “Hello”. Her name was Mikayla. The monkey asked for more bananas and the wizard monkey gave him them, he felt better.

Jason the monkey wanted to turn invisible so that he could hide from his friend! His friend ran into him. After his friend bumped into him, he got up and slipped on a banana peel!

The next day he went to school. There was a girl monkey called Amber who was really mean. She always bullied Jason in the canteen.

Jason went home and saw Amber on the way. Amber went over to Jason and asked for his bananas. 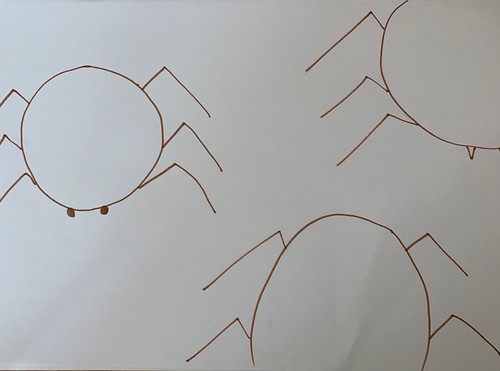 Jason heard something and began  to look around. Skeletons with vines around them holding swords were riding giant spiders.

The skeletons were evil.

Jason had an idea!

“Around the corner there are bananas,” Jason said to Amber. Amber saw the spiders.

Jason suddenly woke up from his dream...