The Jeff and Derfy Adventures 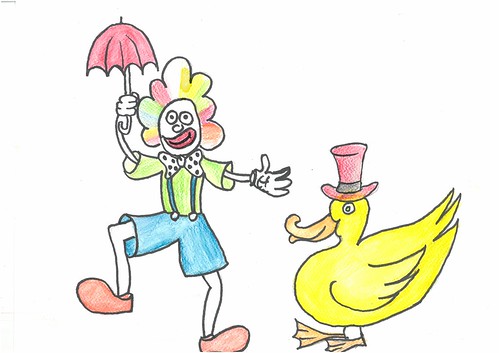 Old Borough School, Swords, 3rd & 4th Class, 27th April 2015
One day Jeff, who was a normal kid, went out to feed the ducks and realised one of them could talk.

Jeff thought he was hallucinating but the duck was actually talking.

“You have magical powers”, said the duck to Jeff. “Am I dreaming?” thought Jeff. Jeff threw breadcrumbs towards the ducks, and the duck that spoke spelled out ‘Derfy’ with the crumbs. 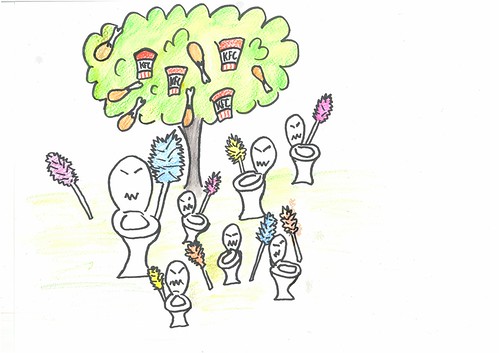 Suddenly Derfy pulled out a magical hat and put it on his head. A bunch of magical sparkles glowed around Derfy as soon as he put the hat on.

Derfy then said “Let me show you a magical place.”

Then Derfy brought Jeff on a magical pink sparkly ray to a magical place.

In the magical realm there was a plant that grew KFC which could give people magical powers.

Everyone in the magical realm wanted to eat the magical KFC plant, but the evil army of toilets and toilet brushes wanted the plant just for themselves.