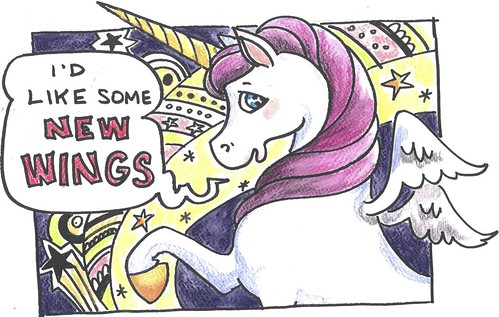 There was a piece of toast called Jeff. One day it came alive. Jeff put on a disguise to go to the airport and catch a plane to Candy Land.

Also, on the plane, there was a little girl called Kelly. She wanted to go to Candy Land because she wanted to meet real life unicorns.

The people in Candy Land were not being nice to Jeff because he wasn’t made out of sugar and rainbows.

The Evil Unicorns said “I don’t like you because you don’t look like the rest of us,”

Sparkle the Unicorn was walking around when she saw Jeff the piece of toast being bullied. 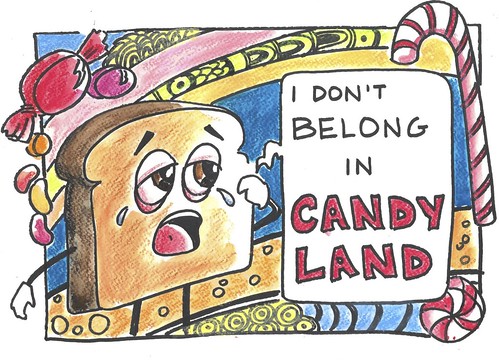 She picked up Jeff using her wing and tried to fly away.

But then she realised her wing was broken.

They ran into the Candy Floss Forrest.

“Thanks for saving my life,” said Jeff.

The Evil Unicorns had followed them into the forest…