Jeff, Melinda and the Uncontrollable Hamster 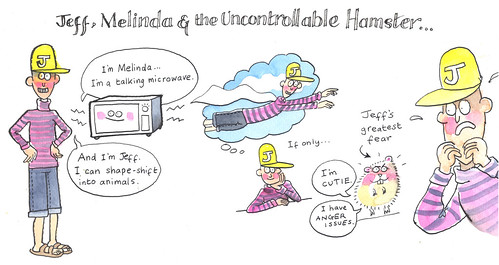 There was a boy called Jeff. He lived in an apartment in the city and worked in a dump.

One day, Jeff heard a noise in the dump and he found a microwave.

Jeff brought it home and turned it on and it started to talk to him.

“Hi,” said the talking microwave in a robot voice. “My name is Melinda.”

The stress of hearing a talking microwave made him change into a hippopotamus.

He continued changing into lots of different animals as he couldn’t control it. Jeff was very scared and shocked.

Melinda the microwave explained to Jeff that she had seen this before when she was owned by a giant hamster called Cutie. 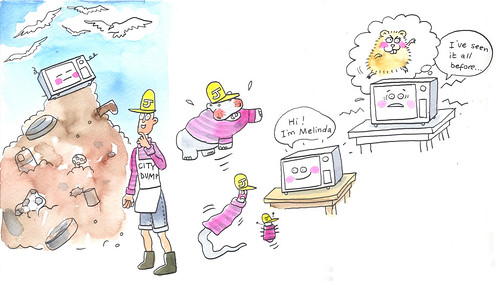 Cutie had anger issues because she got stuck as a hamster when she changed one day.

Jeff thought, “I could be a superhero with these powers and help people with their problems”…