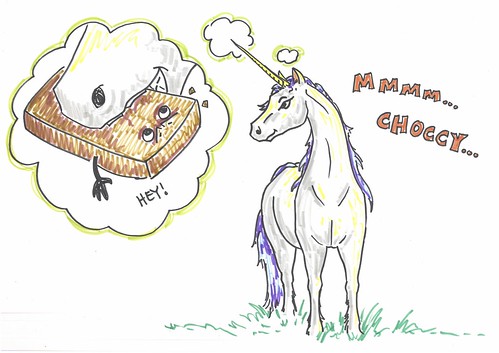 Long, long ago, in a land far away, there lived a unicorn named Jeff.

He wanted to jump down off his cloud and eat Choco the Chocolate Bar.

But he was too scared, because his enemy, Horsey, was down with Choco the Chocolate Bar. 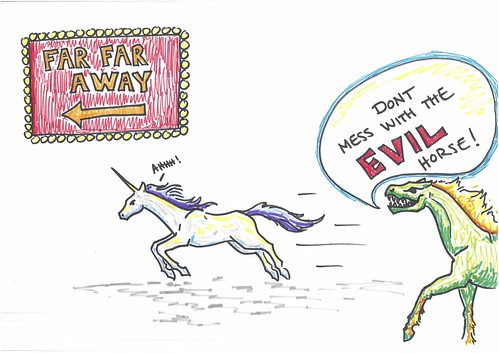 He was too scared to talk to anyone, because he thought that everyone hated him.

He was so scared to go down that he started puking rainbows.

One day his enemy, Horsey, came up to the clouds to see him, so Jeff ran far, far away.