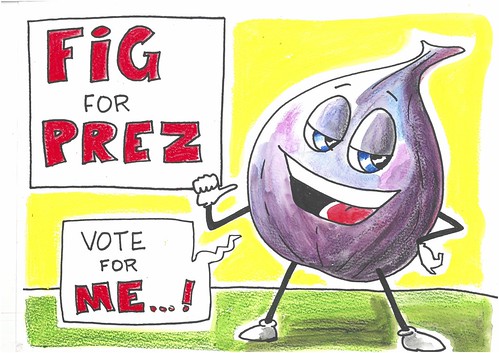 Once upon a time there was a fruit called Jeff the Fig.

Jeff was on a motorbike. While he was driving he decided he’d like to be the President of Jamaica.

On his way to Jamaica, he met Daniel the Dinosaur.

‘Hello Jeff, how are you today?’ asked Daniel. 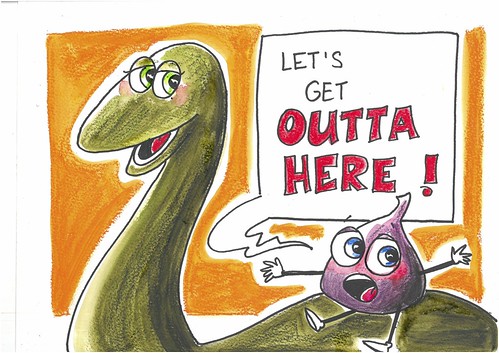 Just then, Jeff saw his mother walking down the street and he was so afraid of her that he hoped on the dinosaur’s back and rode down to Jamaica.

When he arrived in Jamaica he saw lots of figs on the trees.

‘Hi friends!’ he said. He put the figs in his basket, put them on the dinosaur’s back and they showed him the way to the White House in Jamaica.

Luckily, the old President was holding a general election. To his surprise, he found out that his mother was also running for President...