Jerry and Prisoner’s Adventure to Fly 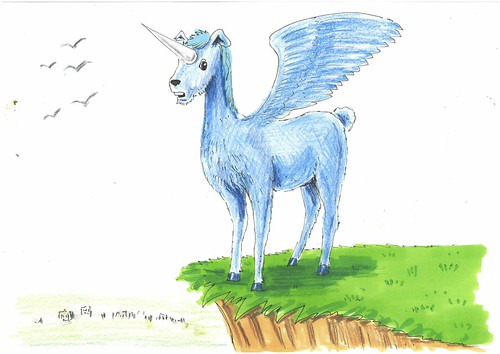 Once upon a time, there was a Uni-Llama called Jerry.

A Uni-Llama is very rare. Jerry had only one wish – to learn how to fly.

But to learn how to fly, he had to jump off a cliff and he was scared of heights.

He tried to fly from the ground but it was too hard. So Jerry set off to talk to his best friend, Prisoner the Horse.

Jerry said to Prisoner, “I need your help. I’m afraid of heights but I want to fly.”

Prisoner replied, “Why don’t you be like me? I can’t fly.” 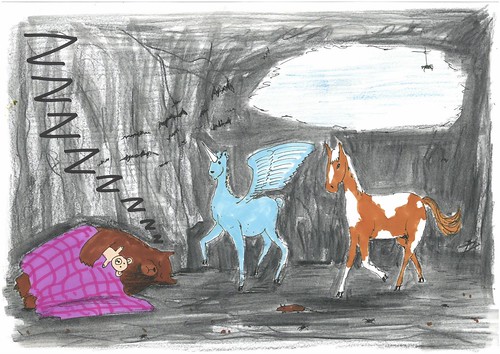 “Well I have wings! What’s the point of having them if I can’t fly?” Jerry said sassily, flipping his furry mane.

“I can help you but you have to get rid of your fear of heights,” Prisoner told him.

Prisoner tried to help his friend by jumping with him but it didn’t work. He literally tried everything.

One day, they tried again and they both fell into a cave. The cave was damp, full of spider webs, rats, bats, and a bear was sleeping in the corner...