Jim and the Magic Pen 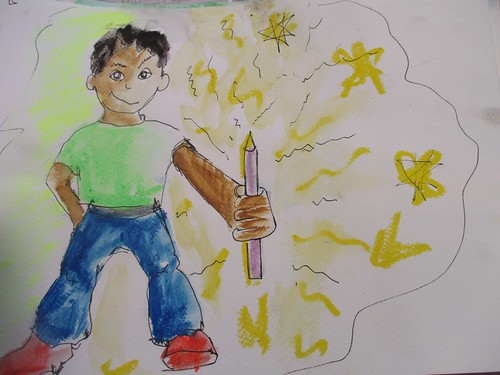 This story is set in Canada. A pen was being shipped from India to Canada.

Jim Boston went to a library in Canada and finds a book that tells him what the magic pen can do.

Then he turned to the next page and found a pen. He also finds a map that helps him find the magic pen.

Jim sets off on an adventure to find the magic pen encountering deadly hazards in the lost woods of Canada.

He found a whistle on a tree that can call John, his best friend. John and Jim have been together since they were babies.

After he blew the whistle, he found a cave with a light coming out of it.

John was hiding behind a tree and jumped out and the tree started to fall. 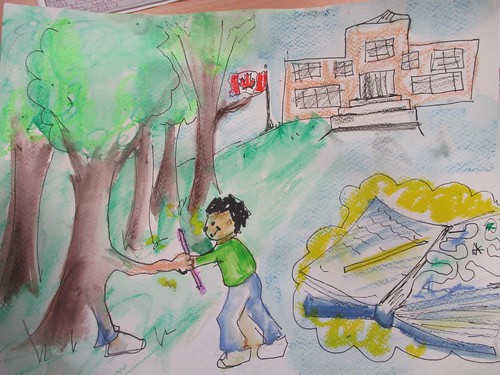 John morphed into the tree and became it and stood it back up.

They walk into the cave and saw a White Devil zapping balls of lightning at them.

John morphs into a shield and protects Jim.

They wanted to run out of the cave as they had a plan but the White Devil zapped the rocks with his power and they fell and blocked the path behind them...