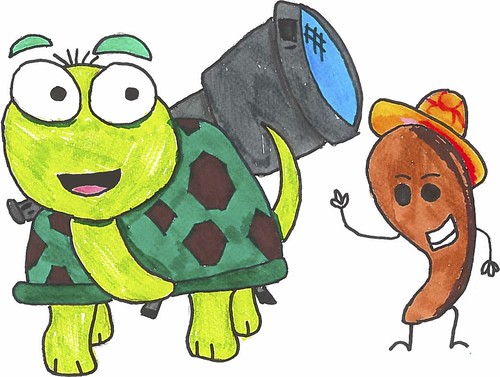 There once was a turtle and he had no friends. His name was Jimmy the Talking Turtle.

One day he went to McDonalds and he got some chicken nuggets.

Jimmy replied, “Okay, I won't eat you. I only really eat Asian sausages. 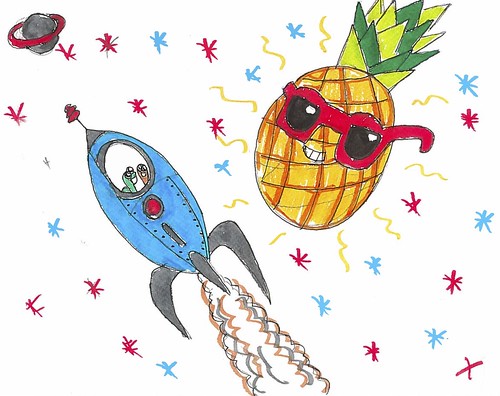 Do you want to be my best friend?”

Conor said to Jimmy, “Nice haircut.” Then they left McDonalds and there were flying Pineapples everywhere.

They came from outer space.

They took cover in Smyths Toy Store and found a giant rocket which they took outside and headed into space.

As they were heading up to space, Jimmy the Turtle opened the fridge on the rocket and there was a Pineapple looking at him!!!

The Pineapple's name was Captain Bob, and he was shaving his moustache in the fridge.

There were more pineapples coming out from everywhere.

Jimmy and Conor found a lock, and locked the Pineapples into the fridge. 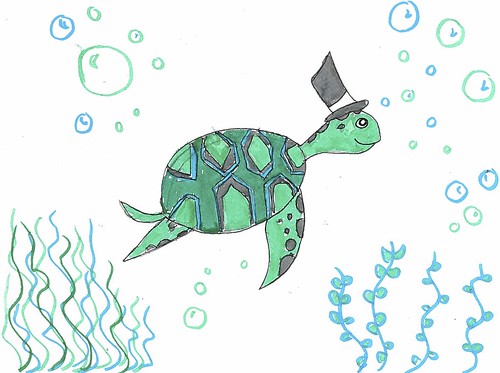 Then they looked outside and saw the Pineapple Mothership.

Conor said, “We're not going to do anything to the Pineapples, we're too kind but how will we get out of here?”