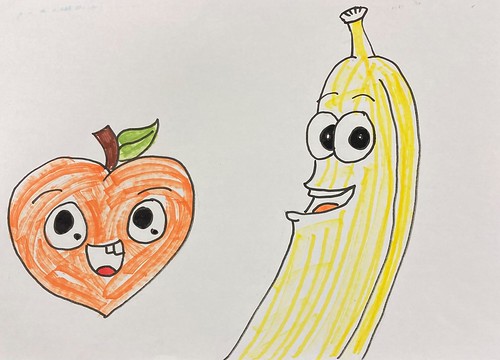 Once upon a time there was a banana called Joe. Joe had a best friend called Lily the Apple.

Both Joe and his best friend Lily really wanted to get out of the house in case they got eaten.

They have tried many times before but the dog always got them.

Before their plan began they joined the gym to get stronger and stronger. 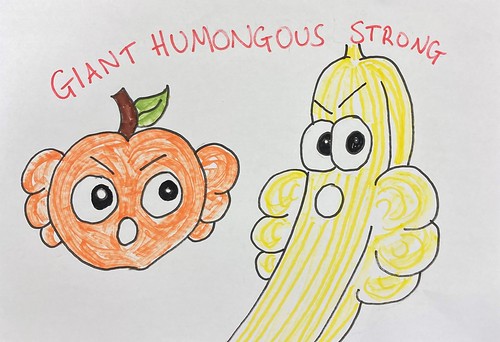 When the time came for them to get away they did front flips off the kitchen counter and made a run for it.

However, they somehow landed on their beds and fell asleep.

When they woke they realized they were kidnapped by a dog. The dog tied a chain around their necks to hold them captive.

The dog was very fierce so they were very scared.

They magically remembered they had giant humongous strong muscles.

They broke out of the chain before they realized the dog was going to bite them...